In part 8, we asked you to look for verbs that are used with speech. We have highlighted them in yellow for you.

In part 9, look for words and phrases that create the dramatic atmosphere. 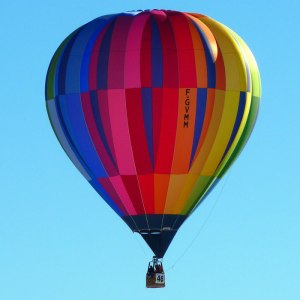 There was a hot air balloon hanging in the sky in front of me.

“Where did that come from?” I asked a woman next to me.

I looked at the pilot and waved back. He continued to wave.

“I don’t think he’s saying ‘Hello’,” said the woman. “I think the balloon is in trouble.”

She was right. The balloon was getting nearer to us. It was quite low.

“Will it hit the tower?” I asked the woman.

Before she could answer, the lift attendant shouted, “Evacuate now!”

People started screaming and were ordered to evacuate. The tourists began running and shouting.

I was very confused and frightened. So, I quickly started running towards the stairs, crying out loudly, “Where’s the exit?” 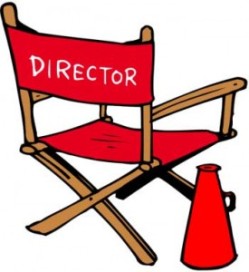 In the midst of my fear, I noticed some people sitting calmly in chairs. One of the chairs was red and had some writing on the back. It said ‘Director’.

Surprised, I suddenly realised they were shooting a movie!

At that moment, I remembered where I had seen the man in balloon before. It was in a Jackie Chan film.

I stopped running, started laughing and relaxed. Things went back to normal. I could continue gazing at the sky from the most beautiful tower in the world, the Eiffel Tower.

But, I didn’t see the man who was coming towards me.

Many thanks again to Shehnaz for writing this part of the story.

Go to Leave a Reply at the bottom of this page and tell us what should happen in part 10.

This site uses Akismet to reduce spam. Learn how your comment data is processed.