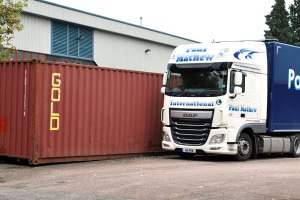 The world economy relies on trade in goods and services between countries. This is nothing new. It’s been happening for most of human history. We don’t find it unusual that our local shops sell products from every part of the globe, or that our High Street bank* has its headquarters on the other side of the world.

The word ‘trade’ is in the headlines a lot at the moment because several major international trading partners are reconsidering their relationships with each other.

The most famous, of course, is Brexit: the UK’s exit from the European Union.

Trade talks are one of the biggest parts of the Brexit negotiations between the UK government and the EU. At the moment, the UK is still part of the European Union. This means UK-based companies benefit from trade agreements the EU has with countries like Japan, Canada and other trade blocs such as Mercosur in South America. However, UK government ministers say they want the freedom to make their own trade deals with these countries. They claim that membership of the EU involves too many trade restrictions. The UK’s trade figures show it has a deficit with many countries: imports are worth more than exports. Supporters of Brexit believe that leaving the EU will allow the UK to convert those trade deficits into trade surpluses.

The president of the USA also talks a lot about free trade. However, he also threatens to use international trade as a weapon. Since his election, there have been regular headlines about trade disputes with Canada and rumours of a trade war between the USA and China, its biggest trading partner.

Of course, history shows us that all these countries and blocs will continue to trade with each other. However, it looks like the World Trade Organisation (WTO) – the organisation responsible for adjudicating on international trade disputes – is going to be very busy for the next few years.

Practise your listening. Click on play to hear Barney reading this text.

If you would like to suggest a word from the news for future blog posts, please use the comment box.

This site uses Akismet to reduce spam. Learn how your comment data is processed.